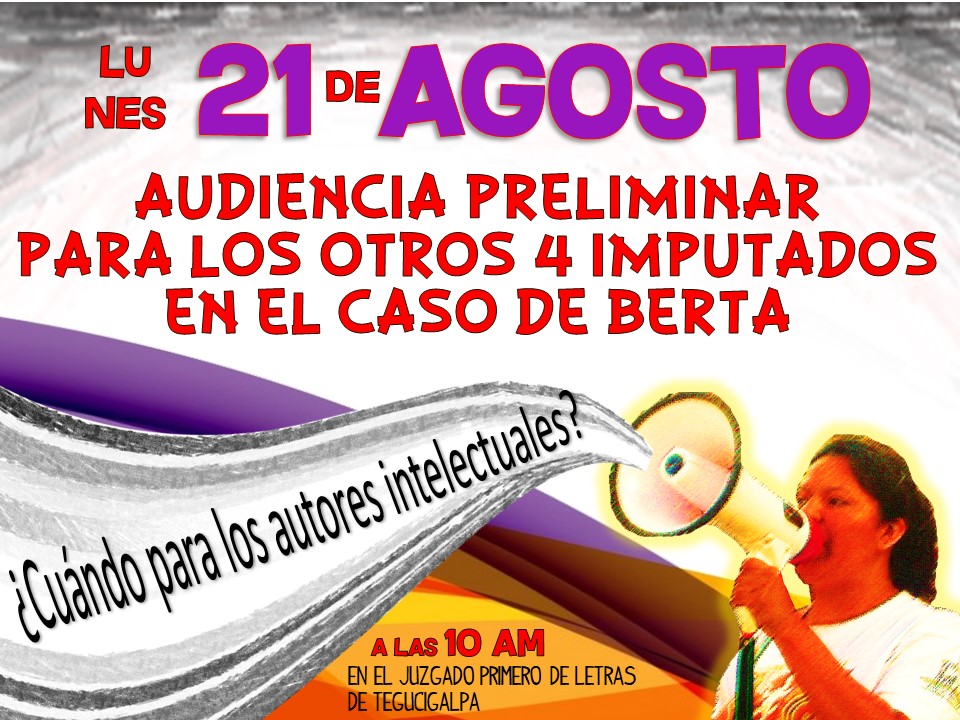 The Civic Council of Popular and Indigenous Organizations of Honduras COPINH and the legal team of the Broad Movement for Dignity and Justice MADJ denouces again the violation of rights and basic procedures with respect to the judicial process in the case of the murder of our compañera Berta Cáceres and the attempted murder of our compañero Gustavo Castro.

Today, August 21st, the preliminary hearing is scheduled for 4 of the 8 accused: Henry Hernández, Óscar Torres, Edilson Duarte, and Émerson Duarte.  However, the Public Ministry, with an absolute lack of respect for due process and the rights of the victims, has not provided the information that supports their accusation so that the victim’s representatives can analyze and participate adequately in the judicial process.

The lack of provision of the necessary information signifies, additionally, the violation of the rights of the victims to participate appropriately in the judicial process and violates, according to international human rights standards, the rights of the accused, particularly with respect to what is established in article 8 of the American Convention on Human Rights and article 14 of the International Covenant on Civil and Political Rights.

The legal representation of the victims has requested on 6 occasions access to the necessary information to participate in the process, nevertheless, this has been expressedly and tacitly denied by the Public Ministry.

The notification of this hearing coincides with the irregular behavior by the Public Ministry throughtout the whole process.  The notification arrived the friday before the hearing, without having verified the provision of evidence so that the representatives of the victims, and even the accused persons could have the necessary time to prepare their defense, according to the principles of rule of law.  Does the suddenness of this hearing have a hidden interest?  What are they trying to achieve by hiding the information?

We emphasize that up until today, the requests by the victims for access to the information contained in materials that were removed from Berta Caceres’ home following her murder have not been responded to.  It is worrisome that there has been no answer regarding the contents of 3 celular phones, 1 electronic tablet, 1 laptop, 1 hard drive, and 5 USB memories, which were removed from Berta’s home by agents of the police and Public Ministry.

COPINH and the legal team of MADJ denouces the irregular handling of this process and the construction of impunity, as a result of the impediments to the victims’ legal representation realizing their functions.

As this hearing occurs, the rights of the victims are being violated.

When will we see the intellectual authors? 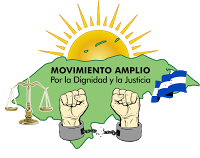